Back in December I was contacted by the lovely people at Boohoo.com and asked if I’d like to collaborate. They had just began their #Globalstyler campaign, a campaign where bloggers from all over the world style different looks using their pieces in a photo shoot in one of their local cities. I was absolutely over the moon when they told me that I was the blogger they had chosen to represent Ireland! Receiving those type of emails genuinely makes it all worthwhile. So I spent a few days searching through the website choosing 6 looks (in accordance to certain trends) -skirts, tops, pants, shorts, blazers, jewellery, boots, heels, bags….everything! You can just imagine how much fun I had and how excited I was that I was going to be allowed to keep everything at the end! Then, just a few days before Christmas, I travelled up to Dublin to meet the team and had such a fun day shooting the looks around the city. I had been working with a girl called, Emma, who was an absolute gem and the whole experience was amazing! I’ve been featured on their website and in their StyleFix Magazine (even on the front page on one of their editions!) so I’m beyond delighted with it all. To be included in a campaign with some of my favourite international bloggers (Lua P, Bebe Zeva, Lily Murs) is really such an honour! Here’s a look at the feature… 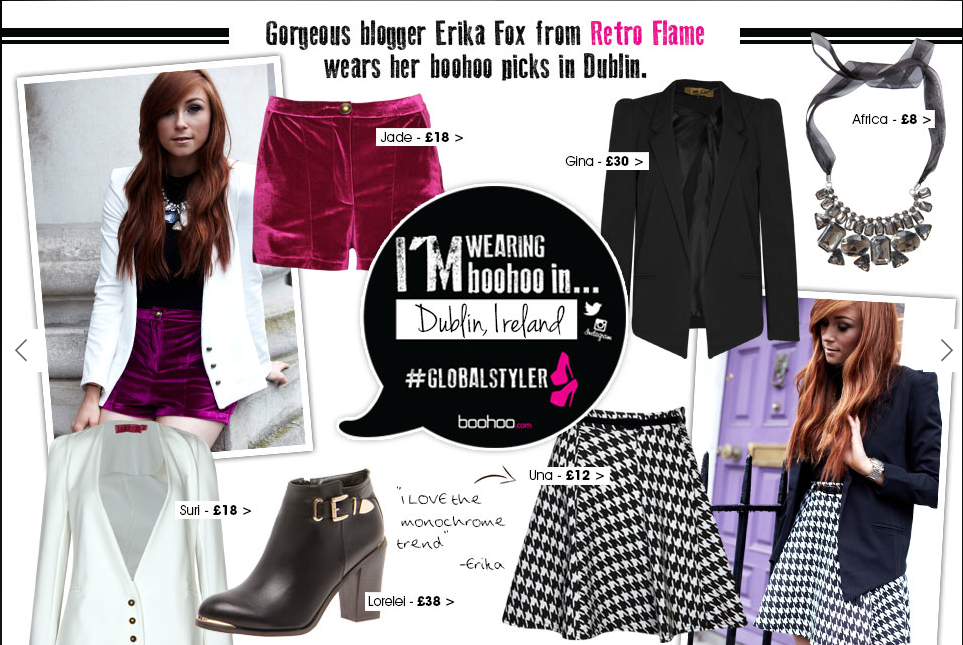 As I mentioned, I got to choose 6 looks and so I’ll be sharing a few with you in the next few days. First up is my B&W combo. We shot this look outside some colorful doors in Dublin and I just loved the purple backdrop! The outfit is very simple  – a dogtooth skirt, a simple/staple black blazer and black boots. The neckclace is my own – I love how they allowed me to add in my own little touch. I’ve worn the skirt loads since the shoot -it fits in perfectly with the current monochrome trend. 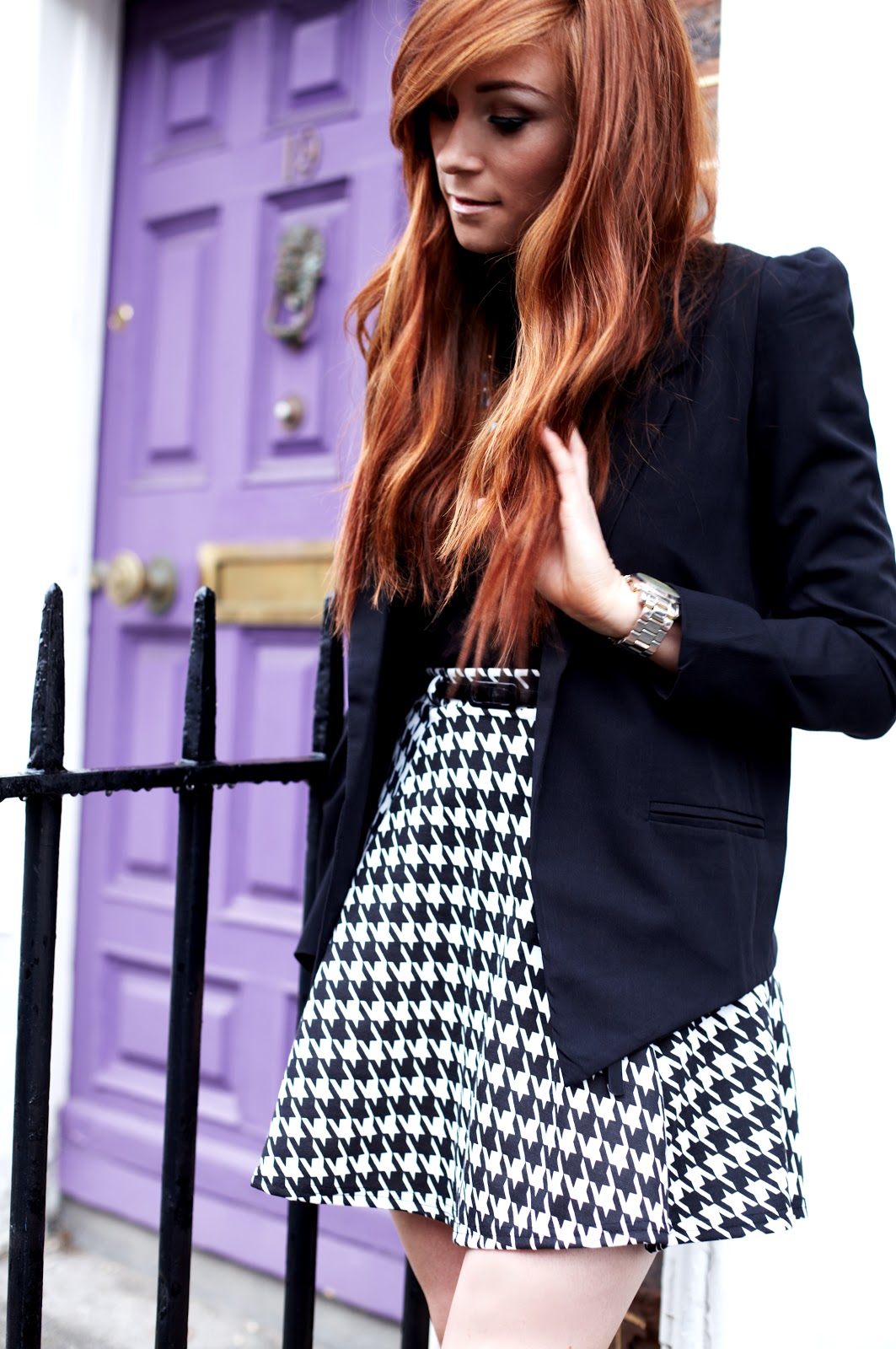 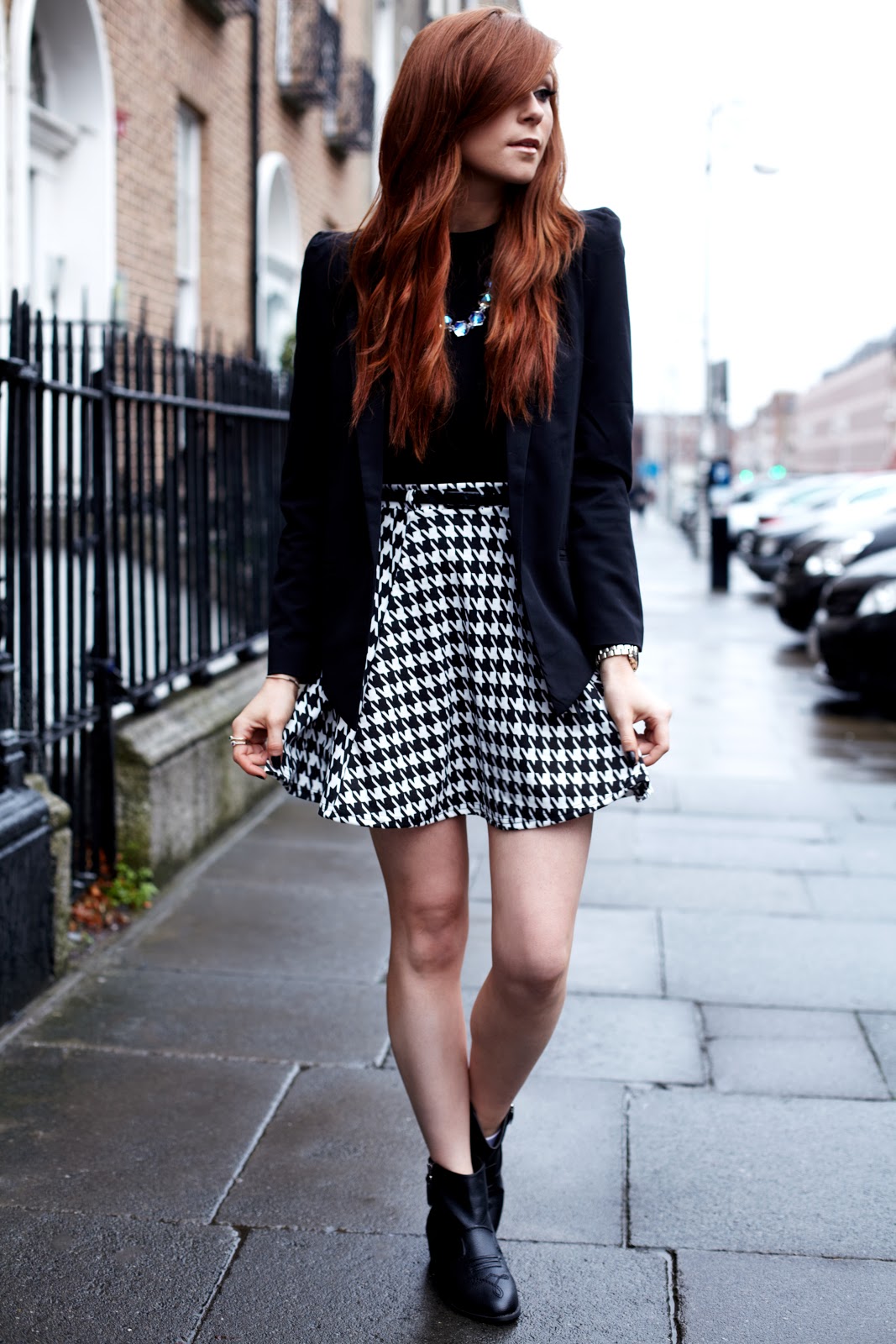 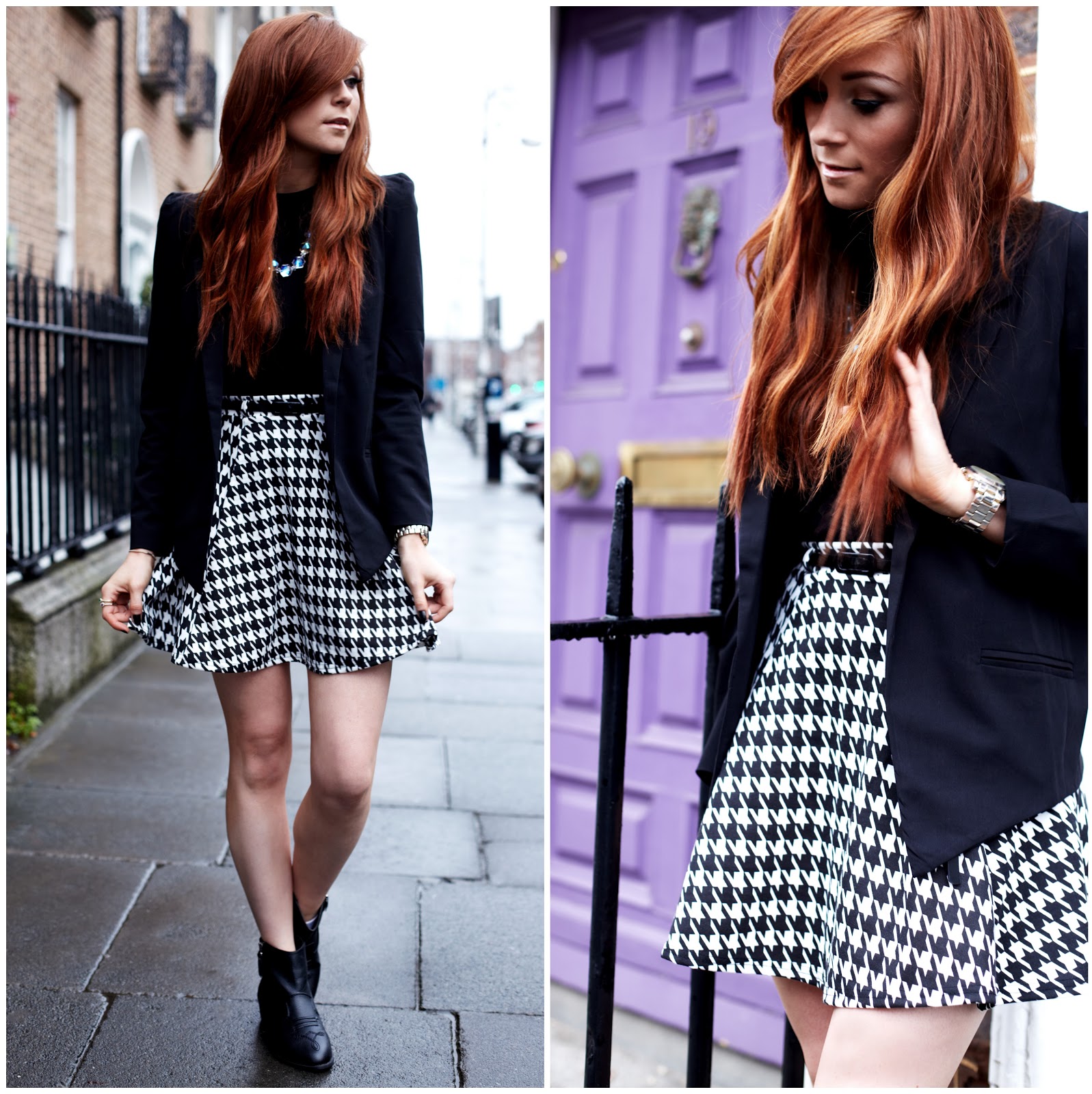 It’s hard for me to believe I’m saying this but I’m actually writing this post from a (new) hospital bed. Yesterday evening I became sick again and had to come straight back into hospital :( It’s nothing too serious hopefully and I should just be in here for a few more days. On the upside, however, there’s good wifi in this one so at least I’ll be able to continue to get back blogging. I’ll have more Boohoo Outfit Posts coming up in the next few days so keep an eye out.

P.S -You can HYPE this look on Lookbook.nu HERE.

Hope you’re all having a lovely week!